I am not a stand-up comic

Anyone who has spent a few minutes with me knows this. I didn’t know this. I desperately wanted to be one, to tell joke after joke and have people dissolve in belly laughs, the kind causing unacceptable liquid to fly out the nostrils, while you, the stand up comic stand there waiting, because it is not good to talk over a joke; you let the laughter die down and then you throw out something funnier.

Alas, I am not a natural joke teller. I need to have the story around it. I’ve thought, Perhaps I could be a monologist, but that is a non-funny word, monologist. It sounds like a doctor who just studies mononucleosis, or worse, a doctor who studies people who do monologues.

Years ago I actually took a stand up class in NYC, and I hate to admit this — I quit. Everyone around me was, you know, younger, and all their routines were, well, shockingly dirty, and I could just picture my grandmother up in heaven raising a fierce, warning eyebrow at me: Don’t even think about it.

I wasn’t thinking about it. But I wanted to fit in, and I decided I had to be like them to fit in. So I quit.

I wish I hadn’t quit. I wish I had summoned the best part of myself and kept going. I wish I had talked to the teacher and told him where I was at. Talking to to the teacher had occurred to me, but I was convinced he would have said, “You know, Joan, you’re right. You have no talent. No one likes you. You don’t fit.” I wonder what would have happened if I just felt fine with who I was, and tried to do a routine that was about that. But then I heard that most stand-up comics deal with this ghastly fact — initially, 90 % of their material doesn’t work. They stand up there on stage, bombing, and learning from it. I don’t think I could handle that — I’d leave the stage in tears or horror…or..

I tired so hard to Write A Joke, but humor, it seems to me, whether it’s in a bullet fire monologue or in a story, can’t be forced. Humor is something that’s discovered and shared. To know thyself — I’m thinking about that so much these days. It’s so easy to glom onto the thing we desperately want to be, but when we’re not built for that thing, we’ve gotta let go.

So as we endure this impossible political season, as we scream at the television, lean across the dinner table and say, Did you hear…? May we laugh, too; not at others, at ourselves. There’s a lot of material there. 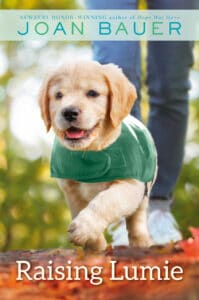